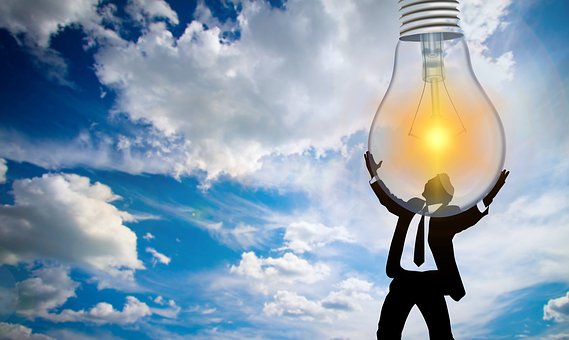 Our first port of call in the unshaming, unblaming and uncollaring of men is to understand the currents we have to deal with.

So, everyone…and I think EVERY.ONE. (adult anyway) knows about the female menstrual cycle. In fact, due to maturity and discussion, women have nudged culture to the point that they can engage in dubiously acceptable behaviour, or in erratic/definitely unacceptable ways, and have it accepted because ‘it was that time of the month’

It certainly seems to have been the case in every workplace or school I have been in, and in social dialogue too.

But did you know men have a cycle too? Not much is known about the the testosterone cycle as it has not been linked to behaviour and sexuality in the way the menstrual cycle has – but it is as responsible for a periodic behavioural change in boys and men, but in a different way.

In the system I teach from, gender is a form of electromagnetism in human form, affecting human form, and behaviour, and interactions.

The masculine is the electric in us all – all the ‘charge’ related things, and the feminine is the magnetic in us all and relates to all all things magnetic/radiation/attraction. (we all have both – no exceptions)

Due to the electric nature of the mens cycle, we call it The Charge Cycle, and every guy I have met seems to be on his own currents with this (as women are with menstruating, unless they are together for an extended period).

When a man is at the peak of his cycle is when he feels that he can ‘Take Charge’ better than at other times (which means handle the ‘charge’ – sexual or other – moving through him).

When peaking, a man is likely to be more confident, ‘ballsy’, willing to take risks, more willing to make the effort to pursue connection and/or sex, more aggressive too. The ebb of the cycle is the opposite.

The thing is, our culture has made the male charge cycle – inseperably linked to his sexuality and sexual urges – as a thing of discipline and/or weakness, rather than as a white fluid that wants to flow as freely as the red fluid of the female.

This shaming of the regular need to Come in men has created a doorway for all sorts of odd fetish and closet expressions of sexuality because of the lack of willing and available women.

In Osho’s ‘sex to superconsciousness’ he says ‘if you close the front door to sexuality, it will burst out the windows and work its way through the mortar’. Just look at the Church with what happened to it when it thought you can just ‘switch it off with a thought’.

Don’t get me wrong – that can and does come later as we age, and aspirations of abstinence, retaining, tantric skills etc all have value, but not for young men just getting started out in sexuality – it starts to close the ‘front door’ and open the back door to….everything else.

The Spasmic Discharge of the Masculine

Our culture is setup for what I call ‘the spasmic discharge of masculinity’.

Of course a man peaking on his charge cycle has gender forces moving in him that are comparable (but not the same as) those that move through women and cause the modifications in their behaviour at ‘that time of the month’.

So many men are unable to Take Charge these days (power and authority within – not over others) because our culture has judged men and their journey to the mastery of the ‘charge’ that surges through them right from outset, so the very first time we make any move born of attraction, the cultural standards for dexterity of speech, limbs, sensuality, sexuality – everything – are ridiculously high. Ridiculously – to the point that young boys are expected to be outright experts in energies and forces moving through them that they may have only felt for a sum total of minutes in their whole life.

The space, time and tolerance to become skillful and dextrous with the electric charge and urges of the masculine is reducing more and more in western culture, to the point that it is becoming a tragedy.

We were all babies on a mat once, kicking and peeing and poo’ing with zero control and no idea what legs and arms were. Yet we got them from spasming with no control to being able to achieve incredible feats of dexterity like walking and catching objects within just a few years – but we had relentless practice, and usually tons of support and praise, even when we got it wrong.

When Charge starts to show itself in puberty, and Magnetism in girls, we get the first spasms and outlashing limbs moving from attraction, arousal, sensuality & sexuality. But how is it judged? where is the support? where is the space and tolerance to get it wrong? How much actual hours have you spent trying to move skillfully with sensual/sexual energy with another human of the complimentary sex?

And yet what is expected? Male charge is some thing that takes many hours to become skillful with, and the electric nature means that it can both bring the greatest pleasure and the greatest pain, and in its first spasms it can easily do damaging things. But each of these negatives becomes something beautiful, amazing and desirable when they blossom into a mature and dexterous control – just like our arms that went from clawing our mother as often as caressing her, the same can happen for our sexual charge cycle energy – but we have to let it move!

Our culture is setup for the spasmic (unskillfully expressed) discharge of this masculine charge energy:

These are industries of incalculable worth – all exploiting the male need to let his Charge move. These social outlets let men vent in spasmic ways, but they are not routes to developing skill – and what the world needs right now is men being willing to develop skill in the masculine, rather than jumping in and joining in as co-accuser, or trying to become more like women.

We have/are ‘throwing the baby out with the bathwater’ when it comes to the masculine in western culture. Try instead to see it like, say, anger – anger is anger yet it can spasm through the body in countless controlled and uncontrolled ways – its still anger though, even though quiet seething looks very different to a rant, stomp & leave-with-a-slam, is very different to a mature and specifc and direct tackling of the issue, and honouring of the anger.

The individual behaviours/spasms of other men when their charge moves through them is no indication it will be such moving through you, yet I have worked with countless men who are like me – they DISIDENTIFIED with being a man at a young age due to such poor examples of ‘what a man is/does’ in the world being around. This disidentifying led me to NOT practice using my masculine charge, and instead would repress it until they would just burst out in ugly spasms when i was triggered, or drunk or whatever. Then, when I was ‘man age’ and needed to be skillful, I had the skills of a 13 year old because I had never let it out naturally when it had wanted to express.

The Masculinity concealed within the Charge cycle is no different, but you must let it move before it can be skillful. You must give it space, and to be tolerant to your inexpertness. To allow yourself to be a beginner without too much shame. and to let yourself get it wrong lots. That’s what it took to learn to walk, and to learn to talk – and you can now do that beautifully even though you used to be unintelligible and stumble whenever you walked.

It’s such a minefield to carve out a ‘safe space’ for masculinity to go from spasmic to skillful these days because no one wants to publicly give permission to inexpert male sexuality and frustration, so all we see is everything but that. But that is exactly what is needed.

And if no one will give it to you, you must give it to yourself. Only pair yourself with partners who also understand this – we all spasm inexpertly on the way to mastery, but the dexterity and skill with which we wield our charge can just get better and better – for the mutual benefit of all involved.

In Conclusion – Watch for your own Charge cycle flows and your own habits. When you are peaking, do things like ask that girl out, try that new thing with your long term partner, ask for a raise, tackle that issue with that person you’ve left for ages, complain for that bad service from the garage. When you are not DO NOT EXPECT YOURSELF to be peaking like a stallion. No need to hibernate, but definitely be more gentle on yourself in terms of expectations at this time – strategise, plan, digest, and reflect – form up before the next Charge wave.

I would like to see our culture mature to the stage that the spasms and outbursts in the male on his charge cycle are met with the compassion and understanding of the women on their menstrual cycle. Maybe not the stage of everyone knowing you’ve just nipped out to knock one out for the third time because ‘its that time again’, but certainly closer to that than where we are now where ‘women are helpless to the ravages of their blood letting cycle’ while we men are just ‘weak, wankers or sexually obsessed ‘ for the ravages of our cycle.

Sadly, for me, we are going in the other direction where men are being judged as ‘defective women’ both in many aspects of life and judgement of male inexpertness is being taken to whole new levels. Men have few places to stand in both understanding why the data is what it is, why the situations and roles are what they are, and without this, there is little to do but let the narrative run.

This piece is a small morsel in the direction of arming men (and women) with insight and context to understand ‘where we are at’ and ‘what we can do’ to go somewhere mutually rewarding that is very different from the current general western gender narrative.