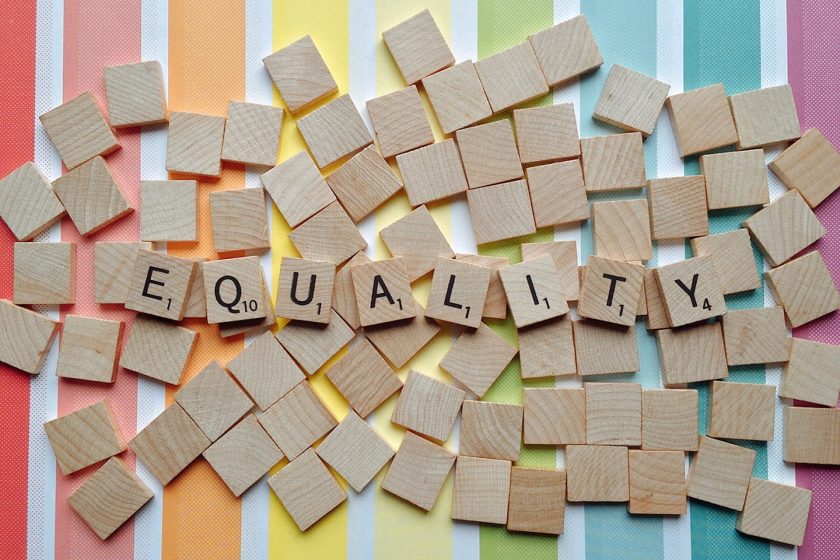 The Conference on Mens Issues 2018 was a real eye opener to me as to the incredible sexism across the feminist media that obscures the pursuit of male issues as ‘mysognistic’ while hiding the harms and problems men experience as if they are somehow earned and deserved while female problems are, firstly, mens fault, and secondly, something we should all prioritise.

The reporting on it, compared to the behaviour of the reporters on the days really backed that up (eg woman reporter claiming ‘she was the only woman in  a room full of white men’ in her article when she must have grabbed all of 5 seconds when that may have been true due to attendees of all colours from 24 countries and 4 women speakers, including the keynote – this is a true insight into what you need to filter when reading feminist propaganda in the press.  The rest of that article is as fact-free as it claims the weekend was!)

As I said to that very reporter during interview:

But the reason a terrible picture is painted every time men gather to discuss issues like male sucide, male mental health, male homelessness, female-to-male domestic violence, the underperformance of boys in school, male gential mutilation, and/or press or judicial bias against men is because feminism and the feminist dominated press are not actually interested in ‘equal rights,’ but in slurring men.

This quote from a leading feminist voice sums up what feminism is really about, and any of my moderate friends who are interested in ACTUAL equality and ACTUAL equal rights would do the world a favour by no longer identifying with the feminist label, as you are being used as the poster- face front line for a sexist, bigoted, racist movement that will use anyone and anything that will allow itself to be used, to achieve its ends of female supremacy and male servitude.

This is from last month, in the Washington Post :
Suzanna Danuta Walters, a professor of sociology and director of the Women’s, Gender, and Sexuality Studies Program at Northeastern University, is the editor of the gender studies journal Signs. (the biggest gender magazine in the western academic world <- added by me)

“…it seems logical to hate men…. I’ve rankled at the “but we don’t hate men” protestations of generations of would-be feminists and found the “men are not the problem, this system is” obfuscation too precious by half…..

“So men, if you really are #WithUs and would like us to not hate you for all the millennia of woe you have produced and benefited from, start with this: Lean out so we can actually just stand up without being beaten down. Pledge to vote for feminist women only. Don’t run for office. Don’t be in charge of anything. Step away from the power. We got this. And please know that your crocodile tears won’t be wiped away by us anymore. We have every right to hate you. You have done us wrong.”

This actual-hate speech, blanket accusation that men should pay the penance for all of history is a method that no court in the universe would accept as valid logic.  The idea that service–worth merit-worthy men should not move to serve on the grounds of their sex is incredible unbelievable, jaw-dropping sexism, and throughout the article she uses global statistics to obfuscate the FACT that in the west, women outstrip men in every category in the west EXCEPT the TEM of STEM…

Women outstrip men in educational performance, the outnumber men massively in higher education by a large margin, and they earn perfectly fair and fine amounts according to all statistics that properly take all the variables into account. Add to that the unmeritocratic forcing of women into high office positions eg women-only shortlists the artificial tipping of the selective scales means we are not always getting the right or best person for the job.  How does this help our culture?

Is it a logical fallacy to follow her implied argument that if you DON’T hate men, you are a ‘would be feminist’, meaning you would have to hate men to be one?   Let all the man haters step forward please, your label is there to be used, and it is the label ‘feminist’ as per a leading academic voice and leading editor of your movement.   Where are you, so I can avoid you!

This woman is not only a leading feminist voice, she teaches it to others, she has a policy of only letting women speak first, always, in her classes, and of indoctrinating others with her slant on ‘equal rights’, which, as you can see from her very recent Washington post article, has nothing to do with equal rights at all, but as a mechanism to push her agenda of misandry, which Is man hating, openly and publicly.

She is currently facing a court case against her about this because how can male students in her class expect fair treatment or marks? How can male employees expect fair promotion or even employement?  It is not expected that the case will go very far due to inhererent bias in academic courts.  “feminism means equal rights”? pleeeasse… stop.

Feminists all the way back (but not all of them) have been misandric, one famous feminist of the early twenties, Christabel Pankhurst is noted as saying (paraphrase) ‘men are little more than carriers of venereal disease’, but the number of moderates who ACTUALLY want equal rights have allowed them to remain hidden-in-plain-sight.  This MUST stop.

Who else would be permitted to publish an ACTUAL hate speech and it be celebrated and not apologised for, if not incriminated?  No one.  These women have paved the way so they can do not wrong, and men can do no right, using every instance across every decades of human history and every nation to paint their skewed picture that justifies their sexist, bigoted position on things.

Heer are some other quotes from LEADING feminists, thanks to Belinda Brown for gathering these :

“I feel man-hating is an honourable and viable political act, that the oppressed have a right to class hatred against the class that is oppressing them”.

“So the end goal of feminist revolution must be,…not just the elimination of the male privilege, but of sex distinction itself”

“In a patriarchal society, all heterosexual intercourse is rape because women, as a group, are not strong enough to give meaningful consent”.

The smoke screen of ‘equal rights’ has been used to bring on board moderate and reasonable people who do believe in equal rights but where ARE the equal rights?

And using the argument that women and men are different and respond differently flies in the face of ALL the last generation of gender work and so is UTTER complete, unbelievable hypocrisy.

The argument that ‘feminism is about equality’ is a total smoke screen.  As long as you identify as a feminist, you are like a nice-person front line soldier in Hitlers army, letting yourself be used for what is an actual hate-filled campaign with a sweet face and smile at the front (sometimes).

Thankfully, the mask is coming off and the real face of feminism is showing itself.

To be NON feminist is not the same as ANTI feminist, I am not ANTI feminist, I am a NON feminist into equal rights that can see through its window dressing of moderate and reasonable people who may ACTUALLY be into equal rights but have never been presented with ALL the facts, only selective facts.  The voice of gender studies there, and editor of THE main gender studies magazine in the western world is primae facie evidence of what it really is all about.

A note on the impact of LGBT/Misandric leadership

Finally – a note on the LGBT influence within feminism (and the mens rights movement).  I am REALLY interested in men and women getting over their differences and wounds that cause them to blame a whole gender for the slights they have experienced.  I am REALLY up for men and women finding ways to overcome the brainwashing that causes them to not appreciate and admire each other, their qualities and their differences.

I want men and women to find a passionate way forward for our species, and when the leading voices are from the LGBT community or a misandric cohort like Suzanna here, we must remember that they have no interest in this.

They have no interest in men and women finding a way back to each other, to finding long lasting and satisfying progressive relationships, or forming happy families with well rounded, gender-balanced children.  Look at the quote from Shulamith above.

It’s not an intentional omission, of course, its just in their nature to not be interested, which is fine, people have their orientation and that is fine.  But if the mass who ARE interested in that don’t realise this and continue to ally with a movement that has no interest in their future happiness in a relationship with the complimentary sex in a family arrangement, then they have no right to be upset or shocked when that approach yields no happy family and no lasting relationship.

And let’s face it – feminism from men and women has delivered EXACTLY that – unhappy, unprogressive relationships that more often than not end in divorce when the relationship cannot transition into a parenthood relationship.  In a way, it’s not their fault, it’s because they adopted an ideology that simply never factored them in in its agenda of priorities and expectations.

I’d like to see a near future, though I don’t think I’ll get it, where people view identification with feminism like admitting you’re a member of the KKK or served in the SS.  When men date women who identify as feminist, or with straplines like ‘the future is female’ the next comment should be ‘cheque please’, and when non-feminist women date men who identify as feminist they run screaming for the hills.

I’d love to see us become postfeminist as a culture, as a measure of actual equal rights, and bin feminism as a broken, deformed monster that lied openly and dragged anyone it could in to make it look more socially acceptable when really, it was shielding misandry and white female supremacy as its core beliefs.

Of course, my moderate feminist friends may be upset by this – don’t be… trust me, if you are moderate and into ACTUAL equal rights, (look at the questions above), then you are NOT a feminist.

You need to drop that label – run from it in horror, please.  It can’t be fixed, and you can’t say ‘not all feminists are like that’ – you ARE the nice face of a racist, bigoted, sexist supremacy movement that’s as hideous, if not moreso, than the one it claims to be challenging (which is actually corporatism, not ‘patriarchy’)

I didn’t realise how bad it was but I’ve now seen enough data and enough cases of outright manipulation of data and behaviours from ‘the real backbone of feminism’ to know that they are NOT interested in equal rights AT ALL.  Maintain the façade of your beliefs if you will, but in years to come, you WILL run in horror if you really are into equal rights, and you really do want a fair society, and you can’t say you weren’t warned.

This related article looks at how natural human compassion and empathy is exploited to further this movements biased causes : http://www.nativereservation.one/false-magnification-how-empathy-and-compassion-are-exploited-into-anger

A Rift Between the Sexes : Renew your Connections