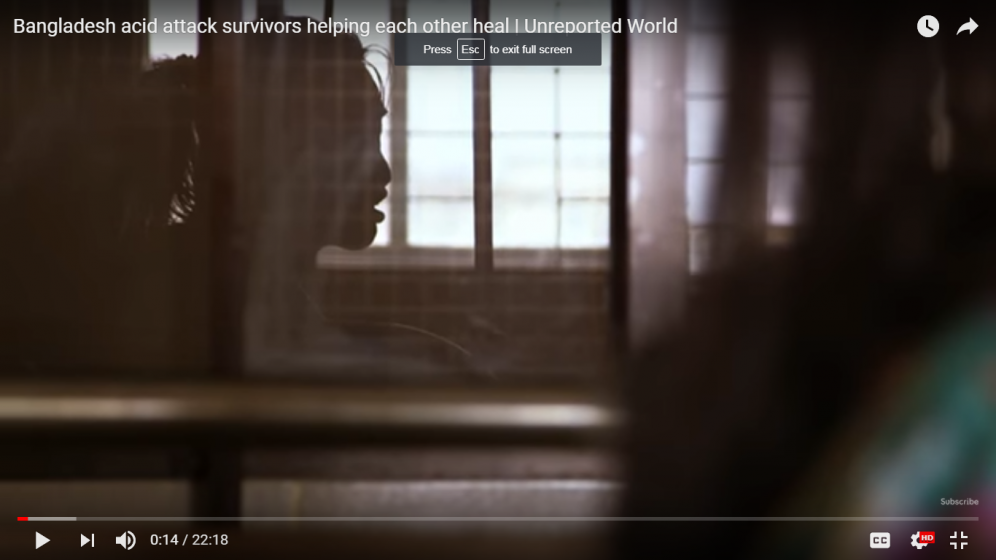 It’s videos like this that cause me to hate western feminisms stupid culture-annihilating entropy when there IS REAL PATRIARCHY in the world, only it ain’t in the West.

These LUNATICS wearing gigantic pussies on their heads (while telling us women aren’t sexual objects, while adorning themselves solely in their sexual organs to parade down the street…) protesting twisted data (the non-gender-caused pay gap,as one example, non-existent rape culture as another) while these women, and other real women are experiencing a real and horrific actual patriarchy where they have nowhere to turn, no state help to respect their rights as people and no culture to buffer, take up the cause and bring change….

Across islamic nations you find patriarchy – men doing things to women and there being NO comeback. No prosecution, and nothing the women can do except go vigilante, like they have stated doing in both Africa and the Middle East.

I cried at the tragedies in this video. How can it be that these men escaped justice? That’s a patriarchy..the gang rapes in India that passers by may join in on?? Patriarchal rape culture for sure…so don’t call some western university campus ‘a rape culture,’ because if it was, you’d get raped in the street and passers by would join in – that’s a rape culture.

But what turns my sadness to ANGER is Western women that take stories like this and use it to blame the WEST as being a patriarchy when this is not our culture nor how we handle crimes against women. (and such a strategy is just to try to get power, special treatment or/and special position – as far as I can see, it’s all 3)

These pussy-wearing ‘demanders’ won’t go where the real fight is…why? oh yeah, it’s actually not safe and you need safe men around to make sure you don’t get raped or acid thrown all over you, or just stoned to death for being out without a man…..

Truly Truly sick of hearing whining western women moaning because they didn’t get the cinderella treatment when they’re the safest. most privileged women to have ever lived.

and don’t come on and try to derail the point with your #metoo stories – I’m not saying there are not crimes, nor bad treatment, nor bad men… there are… what there isn’t, is a patriarchy that favours men and lets them off the hook like its does in plenty other places in the world.

That trope is so exhausted I literally can’t believe its still running… surely its vapour in the tank by now.

a Treasure Trove of Toltec Gender